The Celtic Mythology is classified into Cycles. The mythological cycles are very important because they give bits and pieces of the history of the more obscure eras in the forms of myths. The first important book of this type is Lebor Gabala or The Book of Invasions. It was written in the 12th Century from the Christian point of view but it has the pagan feelings all over it. According to the book, the first people of Ireland perished in the Biblical Flood. After two hundred and sixty-eight years, a group of twenty four males and twenty four females led by Partholon landed in Ireland. They created lakes, tended the plains but they were wiped out by an epidemic. Their most important contribution was to brew the first beer. After the destruction of Parthalonians, Nemedians invaded Ireland. They were the followers of Nemed, an adventurer. These people fought against the invading Fomorians and were scattered all over the world, as far as Sweden and Greece. After these came the Fir Bolg. They landed on the First of August. They had allies with them and this information is the evidence of a tribal invasion.

The most important of these invasions is the next one, the coming of tuatha Dc’ Danann or “The People of Goddess Danu”. They landed on the First of May and beaten the Fir BoIg in a battle and conquered Connacht and relatively the rest of the island. The curious thing about the landing is that they were enveloped by a fog which hid them from the eyes of enemy and they penetrated the country unseen. After beating the enemy they built their capital at Tara. The Tuatha De Danann were a race with magical powers. They were handsome and learned and except art and science, they were the supreme masters of wizardry. In the mythological cycle their place is among the Irnmortals. They were later classified as demons or fallen angels by the scholars. Bravest of all peoples, their leaders were wizards first and warriors second, whose victories were gained by superior knowledge and magic rather than by warfare. Physical fitness and beauty were important among this tribe of supermen and later among the Celtic tribes. To give an example, King Nuada of the Tuatha who lost his right hand in the first battle of Mag Tuireadh or Maytura was removed from the post for not being physically perfect. This tribe was defeated by the Milesians who landed in Ireland on the first of May again.

We have to open a paranthesis here because in the Gaelic culture like the First of May, which is the beginning of surnmer. It comes right after the Teutonic feast of Walpurgisnacht on the 30th of April, a time when all evil is loose on earth. There was a Celtic feast called Beltine on the First of May also. And again the 30th of October is significant for it heralds the arrival of winter and this date is celebrated in a rather comical manner today as Halloween or All Hallow’s Eve, and there was a Celtic feast called Samain that day where human sacrifices were offered to Gods. In the Druidic Ireland these dates were holy so the Christians who could not destroy these beliefs re-shaped them and accepted them as Christian beliefs.

The Tuatha Dc Danan, after the defeat did not disappear as the other races did but they became a pillar in the cultural life of Ireland. They went underground and became the “Sluagh Sidhe” – the fairy folk, and taking thek secrets and mysterious arts with them, entered an occult realm where they remained till today.

The fairies are the foundations of Irish Culture. They live in the forests, in the houses, in the brooks, everywhere. They are called Daoine Maithe, the “Goed people” or Daoine Beage the “Little People”, or Daoine Sidhe, the “People of Peace”. The fairies are small, beautiful, they are clad in green and are masters of many arts. They invented bagpipes, created the jig dance. The most important of these fairies is the “leprechaun”, a little man who is good artisan, a tailor, a cobbler, who can be seen at about twilight or dusk. When one is seen, the person who sees him must talk to him gently and watch him carefully and when the time is ripe, he must grab the leprechaun by the neck. To gain back his liberty, he will lead the master to a spot where a pot of gold is hidden. From this legend also comes the tale of the pot of gold at the end of the rainbow. Another Tuatha we are familiar with is the tooth-fairy.

Through the layers of unreality, a necessary step towards the platform of the Irish Gods must be taken. The Celts were polytheists. There were gods and deities, major and minor, scattered all over Ireland, but the main source of these gods were the Tuatha. The heroes of the tribes were reincarnated as gods. The most important gods of thepantheon are the Dagda and Lug. The Dagda is called the “father of all”, and he is big, ugly, carries a big club, kills and gives life, so he is the lord of life and death. He owns a big cauldron which could not be emptied and from this cauldron comes the “Horn of Plenty” which is used today as a symbol in literature. He was the fertility god and a builder of great fortresses. For his honour, a giant feast is prepared on the first of November, Halloween. Lug is known as “of the Long Arm” and “many skilled”,. His magical skill is his being a smith, an important craft those days. He was also a warrior, a harper, a poet, a historian and a sorcerer. Lug actually took part in the Battle of Mag Tuireadh and killed the giant hero of the Famorians with a slingstone, which reminds us of David and Coliath. He was an all-efficient deity to suit the warrior and artisan race called the Celts.

The other major deities are Danu, the Earth Mother, Brigit, who later became Saint Brigid in Christian belief. The worship of Brigit could not he stopped by the priests and for this reason the clergy took a clever step and canonised Brigit.

These gods were worshipped in many ways. The main performer of the ritual is called a druid, a shaman with great powers of sorcery. They belonged to the learned class with the seers, diviners and bardoi, the bards. Druid means “he who knows or finds the oak tree”. The oak tree is significant for the Druidic ceremony. For the ritual, mistletoe and oak leaves were collected with a golden sickle and boiled in a huge cauldron to prepare a magic potion. The most popular sight known is Carnutes forest in France. During the ceremonies, human sacrifice was often performed. These rituals were told in detail in ancient Irish books and sagas.

Ancient Irish Literature can be divided into three main parts:

1- The Mythological Cycle-Stories dealing with the early invasions of Ireland;

2- The Red Branch Cycle or The Ulster Cycle-Stories dealing with Cu Chulainn legends and the wars between Ulster and Connacht;

3- The Ossianic Cycle-Stories dealing with the exploits of Fiann MacCool and his son, Ossian.

The Red Branch Cycle is significant for its pure Gaelic narration and heroic deeds in it. The Cattle Raid of Cooley or Tain’ Bo’ Cualnge is the most important of these tales. One can trace the tradition of chivalry of the middle ages back to this book. The hero Cu Chullainn’s original name was Setenta, but after he killed the dog of Culann the smith, he promised to serve him and took the name of Cu Chulainn or ‘the hound of Culann’. He was a highborn Celt – an exaggerated ideal of Celtic nobility, proud, brave, and skilled in magic and arts. It must be remembered that the Celtic warrior was no uncouth soldier but was able to converse on equal terms with poets and druids. He was a strong young man but a little deformed maybe to the rnodern eye, seven fingers on each hand and seven toes on each foot. It must be remembered that seven is a magical number. He was a monster during the fights where he could turn round in his skin, hair standing on the end and fire coming out of the hair, He was invincible in the battlefield.

In the tale, the witch queen Medb wanted to steal the brown bull of Cualnge, the hero stood in her way but his powers were taken away by the witchcraft of the three witches and after this he was mortally wounded. While washing his wound in a lake, a dog came to drink the bloody water, he killed it and he said that the first and the last deed of his life was to kill a dog and he tied himself to a stone pillar and defied his enemies to the end and died with his honour unimpaired.

Cu Chulainn was the main hero type and others followed his steps. Cu Chulainn fought for his tribe and he was a hero whhin the tribe. Compared to him. Finn MacCool and his peers were conceived of as extra-tribal heroes. His warriors were called Fiana and the tales were of a later period. These people were mortals but in close contact with the other world. The heroes were the purely human prototypes in Celtic society. A great part of their activities was devoted to hunting and mercenary warfare. They were a mobile army fighting for money. The above-mentioned activities sometimes took place in magical environments fighting on the side of the Gods, making allies with the Tuatha De Danan. Finn was part Tuatha part Fir BoIg by birth. Finn and his people were poets and Ossian was the greatest poet ever.

The hero, therefore, whether tribal or extra-tribal, was human. He was credited with superhuman powers which were not sufficiently powerful to prevent him from being wounded, although they could live quite long like Finn who lived two hundred thirty years. We can easily say that the hero was the magnified ideal of the Celtic warrior aristocracy.
Lastly, it is necessary to talk about the Celtic otherworld. With the defeat the Tuatha De Danan went underground and took possession of the Sidhe, natural mounds and tumuli of prehistoric Ireland. Other Gods went under the sea where they took Tir-fo-Thuinn, “The Land Under the Waves”; and others voyaged westward to Tir-na-noc, “The Land of Youth”, or to Mag Mell, “Field of Happiness”. The otherworld was a place of supreme happiness like the Valhalla of the Vikings. It was a merry place with plenty of food and love and happiness, wounds could be healed and the dead restored to life, into eternity. Heroes were invited or were forced into the Sid by Gods. Men also forced their way into the Sid to steal the treasures like the Cauldron of Plenty. There were also places where giants and other terrible beings lived, for the unsuccessful and cowardly warriors and the traitors.

The myths and legends of old Ireland are so long that they cannot be told in a simple paper but in huge volumes and the legends, even today, never stop to astonish the reader and make them happy. Every culture can find a piece of its own in the fertile soil of Irish myths and legends. 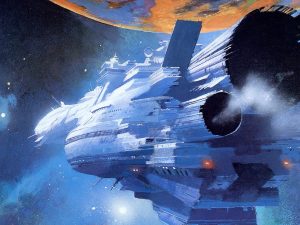 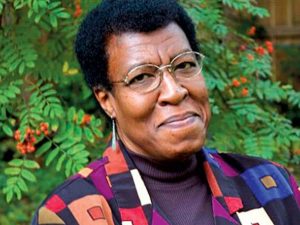